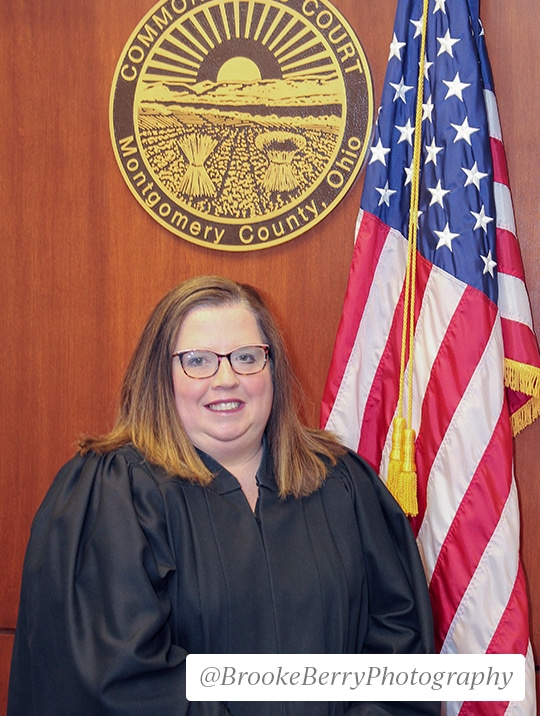 KATHLEEN SWIGER LENSKI received her BA in American Studies and History at Georgetown College in 1994 and earned her JD from the University of Dayton School of Law in 1997. She began her legal career while in law school as a legal intern in the U.D. Law Clinic and as a legal intern at the Miamisburg City Prosecutor’s office. In 1997, she began practicing at Baver and Bookwalter L.P.A., a small, general practice firm in Miamisburg, Ohio.

In 2001, Kathleen left private practice for Western Ohio Legal Aid Services, a former legal aid society and in 2002 joined the Montgomery County Public Defender’s Office specializing in criminal and juvenile law. In 2004, Kathleen was appointed as a juvenile magistrate at the Montgomery County Juvenile Court. Kathleen has presided over delinquency and child welfare cases. Since around 1999, Kathleen has also served as a magistrate over juvenile diversion cases at Miamisburg Satellite Court, with an emphasis on truancy and unruly cases.

Kathleen teaches as an adjunct professor of juvenile law at University of Cincinnati School of Law. She is also a member of the Ohio State Bar Association and was the chairperson of the OSBA juvenile law committee from 2015-2017. She currently serves as the vice-chairperson on the OSBA Advisory Committee for Diversity and was also elected as the 2nd District governor on the OSBA Board of Governors with a term from July 2018 to July 2021. She is the current chairperson for the Board of Governors’ Government Affairs Committee.

Kathleen was also appointed by Governor Kasich in 2018 to serve on the Governor’s Council for Juvenile Justice. Kathleen is also a member of the Ohio Association of Magistrates and is a member for the Coalition for Juvenile Justice. Finally, she was inducted as a fellow for the 2019 Ohio State Bar Foundation Fellows Class.